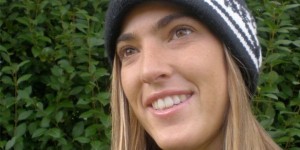 Question: What do you get when you take 50 questions from SkaterGirl readers and give them to the 2010 Girls European Champion, Ianire Elorriaga?
Answer: An incredible exclusive interview!!

A huge thank you to Ianire for taking the time to answer everything. A phenomenal skater, an amazing person and someone that we would love to meet this Summer!! (see question 50) Our winner by the way, who bags the tasty Etnies hoody is Natalie (question 43). Thanks to everyone for making it an amazing interview!

Q2 from Sal
Ever been attacked by an animal?
Yes, I was attacked by a dog when I was 7!! However I have two dogs right now and I love animals.

Q3 from Nikki
If you wanted to play a game of S.K.A.T.E with any pro, who would it be?
I would like to play with Mark appelyard

Q4 from Anna
What is the best prize you have ever won from a non skater competition?
I won a surfing contest in my hometown, they give me a small trophy.

Q5 from Jolie
What is your favorite country to skate and why?
Australia, because there are lots of skateparks next to the beach where you can also go surfing. The weather is really good too.

Q6 from Christine Bray
Is skateboarding painfull on your knees when you land after a large jump…
Yes It is. Then you feel your legs stiff.

Q7 from Dee
What was the last dream you had? (that you remember)
I dreamed I was breathing and swiming with lots of fishes into the water

Q8 from nikki Lawley
Tell us about the moment you got hooked on skating?
I started and then I couldn´stop. I can´t explain the feeling, just skate and you will discover what is all about.

Q10 from Siham
What made you become skater?
I have never thought about becoming a skaterboarder, I just skate and time made this happen.

Q11 from Sk8
Besides having to become a professional skater, what did you wish to become as an adult when you were small?
When I was yound I wanted to be architect.

Q12 from Jo Y
What do you like doing when you’re not skating?
I like to surf, play football and go out with my friends.

Q13 from moya chipchase
will you ever be to old to skate?
I don´t think so, I think there is not age to skate, everyone who wants can skate 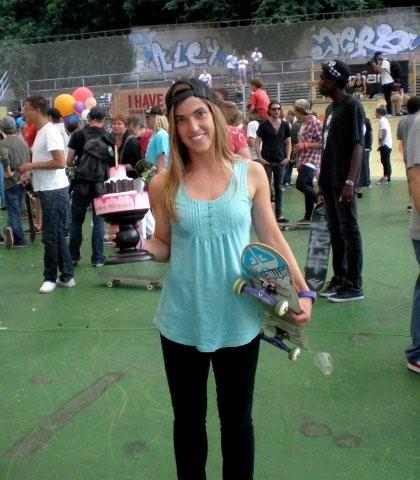 Q14 from freiya
when did you break your first bone skating?
I broke my first bone when I was 16

Q16 from steph parfey
if you could teach any celebrity dead or alive how to skate who would you pick and why?
I will pick Kurt Cobain because I like his music and it is a dream for me to know him personally.

Q17 from jo taylor
Ever had any problems because your a ‘girl skater’?
Not really. Some people look at you in a strage way but I think nowadays there are more girls who skate and people is getting used to see girls skating.

Q19 from Joanne Davis
Have you ever had a bad accident skating ?
Yes of course. Once I hit my head and I lost consciousness for a while. I stay two days in hospital but it was just a fright.

Q21 from Karen Walkden
DO PEOPLE THINK YOU SHOULD BE DOING MORE MAINSTEAM ACTIVITIES ?? LIKE COOKING AND SHOPPING FOR SHOES ??
I don´t realy know but I like cooking. hehehehe…

Q23 from Amy
Have you ever hurt yourself skating and did it make you afraid to skate again afterwards?
Yes but you are afraid at the begining, the you forget everything and you start to skate comfortable.

Q24 from Nicola
What is your favourite country?
Basque country, that´s where I come from.

Q25 from Anne
What tips do you have to stay focused when you’re competing?
Control my nerves and try to have fun during the contest, skate the way you know and forget about the rest.

Q27 from Charlie
what is your biggest weakness when skating?
I am sometimes afraid of some spots, fear could be a weakness

Q28 from Christine Stephens
If you could design your own skateboard, what would it look like and why?
It would be something similar to the board I ride right now, 7.6 .

Q30 from Mike Cain
if you could have 3 superpowers what would they be ? and what would you use them for? and what would be your weakness? and superhero name?
The 3 superpowers would be teleport ( to travel fast and stay where you want anytime) , invisibility (to watch everyhing I want without being seen) and a power that cures all the injuries. I can´t think about a weakness because I don´t like to think about them. The superhero´s name would be oker, that´s the name of my little dog.

Q31 from Laura Sterling
What age did you start skating?
I started when I was 15.

Q33 from Gizel Blanco-Ross
Do you feel schools should do more to promote skating as an official sport in schools and why?
Yes I think so, because skating you can develop many skills like motor coordination

Q34 from Kerry Kirkwood
What has been your proudest moment? The one which has given you a feeling like no other?
every time I learn a new trick makes me feel really happy and proud. I can also mention wining constest or traveling.

Q35 from Chris Williams
How did you get in to skating and how old were you?
I get into skating because my older brother also skates and he influenced me. I was 14 or 15 years old.

Q36 from Samantha Jeanes
what did your parents say when you told them you were going to skate.
They really like skateboarding so they thought it was a good idea.

Q37 from EMMA WALTERS
i would thank ianire for being such an inspiration to manu young girls & ask to further herv career would she consider moving from her home country, spain & live in uk or usa? thanks.
I live really calm and happy here in spain so I am not thinking of moving anywhere in this moment. We have really good spots to skate in the basque country and my friends are all here, I love skating with them so I just travel and come back home again by the moment. 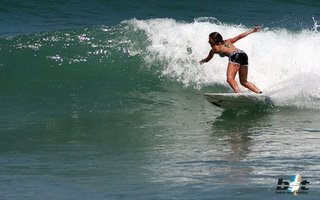 Q38 from charmaine
if were never able to skate again, what other sport would you be invovled in?
maybe surfing or football. (c) pic: flickamag

Q39 from Eoin
What plans do you have for the future ?
Travel to shoot or film and make some contests too. Skate and have fun skating.

Q40 from Jaimie Stevenson-Cox
If you could be a fly on a wall, whose wall would you be on and why?
my mom´s wall because she helps me a lot, she is always there fot anything I need

Q41 from lynsey graham
have you any other hobbies.
I like surfing, football, reading, play the guitar and stay with my friends.

Q42 from Lara
Hi!! What has it been the most difficult trick you’ve ever learned and how long did it take you to learn?
there are many tricks but I remember the first time I land a kickflip. I took me one month to learn it and once you learn is really easy to do. 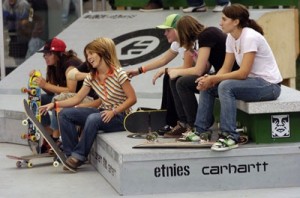 Q44 from Janet Dring
Would you give it all up early to start a family?
Not in this moment but maybe in future. Let´s see what happen…

Q45 from janice channer
How old were you when you first started.
I was 15

Q46 from Jojo
Whats the stoopidest thing you’ve ever done on your board?
(coming soon)

Q47 from jacqueline
Will you live in Spain??
yes I will

Q48 from jojo
Why do you learn skate?? and is this hard to learn???
I started because of my older brother´s influence. I think it is hard to learn and that´s why we love skating.

Q49 from Liah
How does it feel breaking gender stereotypes about skateboarding?
Really good, there should be more girls skating the streets!!!

Q50 from SkaterGirl
Will you be coming to the UK for the NASS Girlzilla Skate Comp this Summer?
(awaiting answer)