July of 2009 saw the Annual ISF Skateboarding World Championships in Boston, US.
The event allowed each of the twelve finalists one minute to skate freestyle, then five minutes to “jam” with five other participants (six total) on the course. The women with the top six scores after the initial two rounds of skating and jamming advanced to a final jam, which counted for 50% of the final score (the individual round was 20%, while the first jam was worth 30%).

The 2009 Women’s Park World Skateboarding Champion was ever-talented Vanessa Torres, who scored an 86.5 total with some killer moves on the course. The runner-up was crowd favorite Lacey Baker, earning 82.63 points, and back on the scene, Alexis Sablone (of Connecticut) came in third with a score of 80.95. 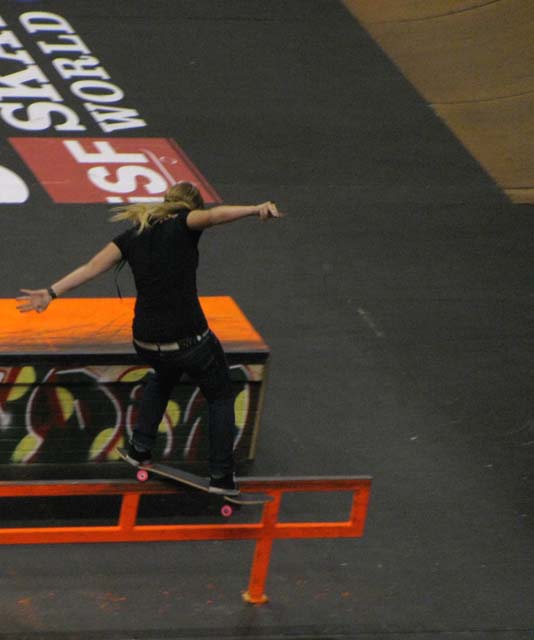