…by wearing Etnies clothing and shoes!! 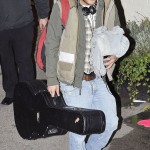 Future pin-up Matt Cardle was spotted wearing his etnies gear whilst on his way to rehearsals. Check him out left sporting the etnies Contender jacket and the Sheckler 4 trainers. Before applying to The X Factor, he was the frontman and guitarist of the band Seven Summers. 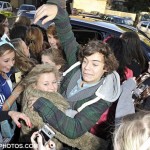 One Directions Harry Styles was mobbed by fans on his way to rehearsals. Papped here wearing the Cambridge cardigan and Gothenburg jacket, both from etnies. The 16 year old from Holmes Chapel, Cheshire is a student at Holmes Chapel Comprehensive School and was previously the lead singer for the band White Eskimo. 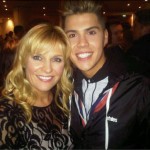 Aiden Grimshaw was photographed at the X Factor show after party with his vocal coach Yvie Burnett. Aiden wears the etnies Lundy jacket. He attends the Michael Hall Theatre School and played Tom Holmes in the CBBC show Half Moon Investigations. Don’t know what she’s wearing. 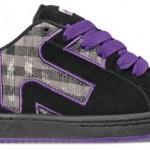 So today, as the 5th week of the Etnies SkaterGirl Christmas give-away we are offering you the chance to win a pair of amazing Vengeance Girls Shoes in black purple. These beauties are the height of style and shoewear tech, perfect for skating hard as well as strutting the catewalk. All you have to do is tell us:

What celebrity would you like to see wearing some Etnies gear?

This doesn’t have to be an X Factor person!! Anyone famous: actressactor, singer, sportsperson, comedian, anyone at all – as serious or silly as you want!! As always, leave your answers either on the SkaterGirl website or facebook page.