Friday 28th August saw in the Pink Sessions, hosted by the guys over at Milton Keynes Snodome. 4 girls and a filmer turned up for the jam, which wasn’t quite all it was made out to be..

Despite this everyone had a rad night and skated right up until midnight.. and even getting a few runs on the slopes!

Here are a few words by Rogues, Jenna Selby.

“We received a mail to say that the Pink Sessions – snowboard evenings for girls – were organising a miniramp jam at the SnoZone.

Lucy, Danni, Jenna and Stef battled their way through 4 hour oil spilages, horrendous jams and paying twice for bus fares as the online booking hadn’t worked…mission!! Anyone who has seen Spinal Tap will be able to appreciate the calamity that was to be.

The day before the jam, it was confirmed that the ramp would be a 5 footer…
you can imagine the delight that was that on arrival the ramp turned out to be only 1 foot high!!..to top it off, it hadn’t even been assembled!!

3 blokes were arguing over as to where to put the screws, which surely on a ramp of that extreme size shouldn’t be difficult. To save the day Snusher sorted out free lift passes to the slopes for everyone who had travelled.” 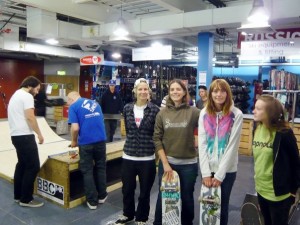 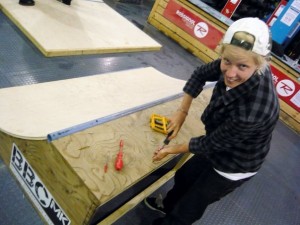 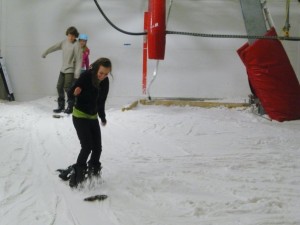 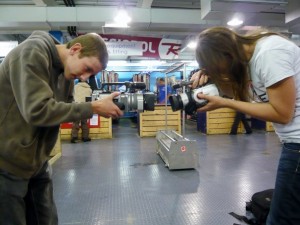 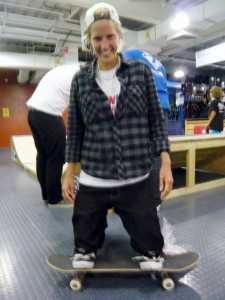 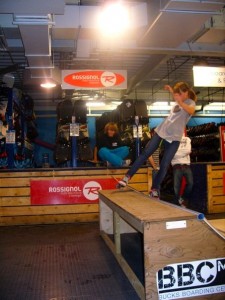