WOW!! Here at SkaterGirl we’ve just spent the last half an hour enjoying and then re-enjoying the amazing new website from Jenna Selby. It’s overflowing with wonderful photo’s and artwork from her decade of capturing some of the very best female skateboarding action, as well as her direct involvement in the skate scene through comps such as the Girls Skate Jam. It really is a treat for the eyes with stunning action shots, beautiful scenic pictures and captivating portraits. If you do one thing this weekend – check out her website. 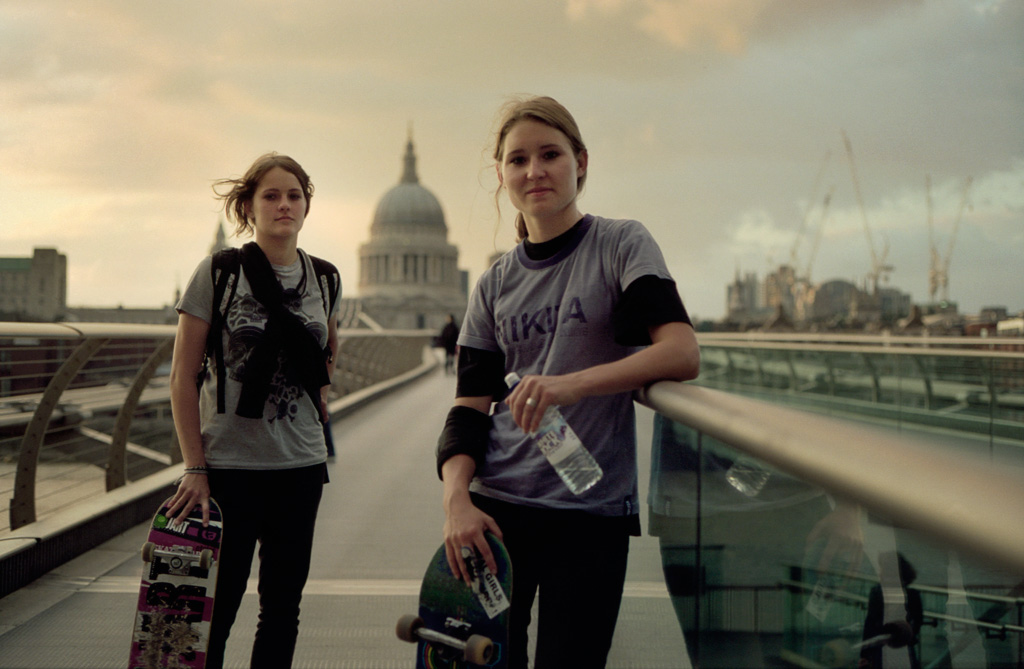 About Jenna:
Jenna is a skateboarder and freelance photographer based in London. She started photographing her friends at Southbank in the late 90’s. By 2002 Jenna was riding for, and working with international shoe brand Gallaz covering their UK team. Jenna has since shot images for a variety of national and international publications, online magazines and companies.

Jenna’s artwork mainly focuses on projects that she is involved with: the annual ‘Girl Skate Jam UK’, now celebrating it’s 10th year and Rogue Skateboards, a company set up in early 2005 to give female skateboarders a platform on which to be recognised.

After breaking her ankle in 2008 Jenna turned her attention to film making, creating the first European female skate film ‘As If, And What?’ She is now working on a world wide venture called ‘Scratch The Surface.’ The film will look to showcase not only those riders already established, but also to document the girls who are part of emerging scenes in countries where skateboarding is relatively new, including Afghanistan, China and Russia. The project will be supported by images and short documentaries.