I think this might be our first post ever about China – so a special thanks to Tina for sending us this great story. 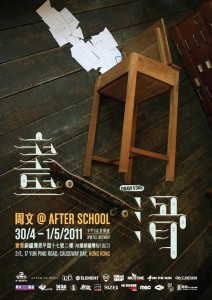 Vic (Chau Man) is a girl skateboarder from Guang Zhou, China and as well as skating since 1999 – she’s also a great artist. Two years ago, a friend invited Vic to paint on decks for his shop’s opening and that was the beginning of her focus for drawing on decks, not just skating them. As a pioneer of girls skating in China for over 10 years, Vic’s life attitude is just like the two sides of a deck – on the one side she’s brave and independent whilst on the other side she’s endlessly creative and ever-changing. Owning and riding a deck is a life experience – and Vic captures this with her designs: multi-eye monster hunting in city, weird cloud devouring the sky… in the world of skating, everything is possible, life is full of fantasies and imagination, life is full of jumping, flying, falling, injuries, pains, glory and acclaim.

Vic’s work was recently on display at her first exhibition called “Draw N Sk8” in Causeway Bay, Hong Kong. What is Vic trying to tell us through her decks and paintings? “Some beauties can only be seen by people when you jump high enough in the crowd”. 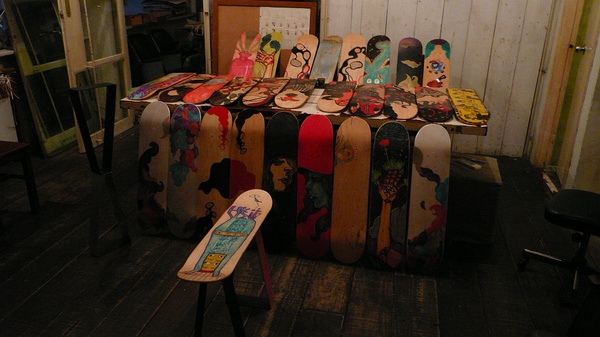 Congratulations to Vic on her first art exhibition – really inspiring.