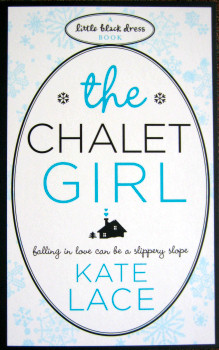 Wow – this is an amazing opportunity!! Michelle (Nikita) has just let us know that there’s an English feature film called Chalet Girls happening and in the opening sequence there is a ‘large skate competition’ – the cast includes the brilliant Bill Nighy (love him!) and they are filming in London next week, on 7th May at Bay 66, London. They’re after about 70-80 skaters (boys and girls) to be down for the shoot as background, and what’s really cool is that Lois Pendlebury (regular SkaterGirl commenter) is the body double for the actress!

The filming will take place all day on 7th and everyone taking part will get £70 cash in hand at the end of the day with a bit more if doing tricks on camera. It is open to skaters only, you must be over 16, the more people the merrier (so tell your friends), they will provide food and drink, it’ll be great fun with loads of new people to meet and a great chance to be in an exciting film. It’s for one day only so if you’re interested e-mail Emily at blitzbackground@googlemail.com with your contact details and any photos you may have.

Apparently it’s based on the 2007 novel “The Chalet Girl: Falling In Love Can Be a Slippery Slope”, the first book in the Little Black Dress romance series by author Kate Lace. According to Hollywood Reporter, “Billed as a romantic comedy, the story details the story of a young girl from a working class suburb who lands a job in an ultra-glam ski resort, where she’s totally out of her depth until she discovers her natural snowboarding genius — and the boss’s gorgeous son.”