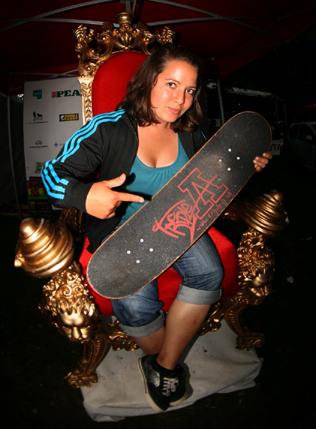 Andrea Andersson Antunes is kind of a big deal in Sweden, she is pretty much in charge of the female skate scene over there and keeps on top by organising a range of events including:     Girl Only Skate Camps,
Girl Only Skate days and also Competitions and the likes.

Andrea very kindly allowed me free accomodation and entry for the weekend into the park, along with my filmer Alfred Nisses so we could stay and help to document the 2009 Winter Skate Camp.

Every year Andrea organises the camp for the girls, it is spread over a weekend, from Friday to Sunday and in that time the park is closed to the public and the girls get free reign!

I asked Andrea if I could grab a quick interview with her about what she does and the girl skate scene in Sweden.. 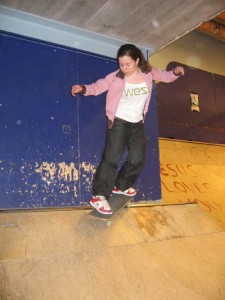 Name: Andrea Andersson Antunes
Age: 25 years old
Hometown: I come from Stockholm but I’ve lived in Malmö since the summer of 2005.
Years skating: 6 years
Favourite trick: No comply
What trick you wish to learn: No specific trick. I just want to keep pushing myself and keep having fun on my board! Oh well, I guess I would like to “re-learn” the tricks I used to know in a small quarter-pipe…
Prefer to skate with boys or girls: It doesn’t matter as long as I’m in the mood.
What got you into skateboarding: Me and my friend thought it looked like fun, so we decided to try ourselves – I’ve been skating ever since… 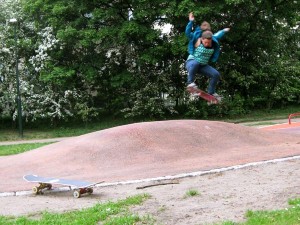 Biggest achievement in skating: I came 1st place among the girls at a contest in Stockholm Skatepark a few years ago..
But what’s even bigger for me is to be able to work with the thing I love and also to be a part of No Limit and Tösabidarna (Malmo’s  girl skate team) and develop the skateboard scene in different ways.

What do you do, day to day? I work in the local skate park in Malmö, called Bryggeriet. Bryggeriet is one of the reasons why I moved to Malmö from Stockholm, since they have built an awesome skate scene in the city.
At Bryggeriet I get to work with different things such as organizing skateboard camps, work shops and such, but my main thing besides working in the cafeteria at the skate park is to develop the female part of the skate scene. 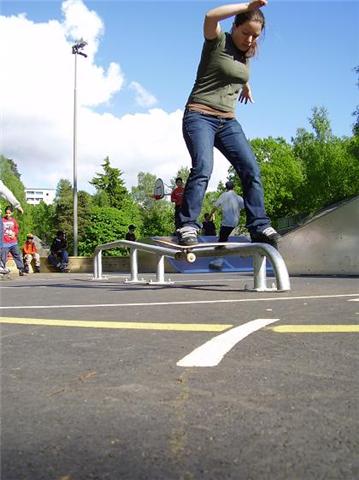 You seem really busy! What do you get up to when you have spare time? I took the initiative to form a local group of skateboarding girls in Malmö to involve the other girls in the town and become more solid.
We call ourselves “Tösabidarna”, which is kind of the word for “Girls” in Southern Sweden dialect.
In my spare time, when I’m not skating myself, I work with No Limit. No Limit is a collaboration of local organisations for skateboarding girls, who got together to make bigger National events to support and also to develop the girl scene.
It takes a lot of time, but it’s so much fun that it’s worth it, especially when we’ve already seen many great results from our efforts. Other than that I do the regular stuff, like hang out with friends, go to the movies, party and so on. 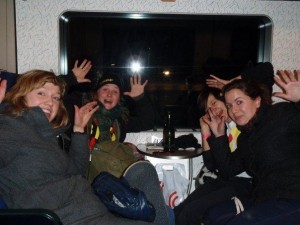 You do so much for the scene! Why did you start helping out with girls skating?: I guess when I’m into something, I like to devote myself to it. Also I got insprierd by other passionate people, so instead of complaining about the situation I started to do something about it myself.

Why do you run Girl only skate camps?: I remember my first camp I went to at Bryggeriet once I started to skate. It was so much fun! It’s an awesome way to hang out and meet new friends, especially when there’s so few girls who actually skate. Besides meeting new people from different cities, you get so much inspiration from the other girls. It’s always fun at skate camps and I think it’s a great way to keep girls on their boards. 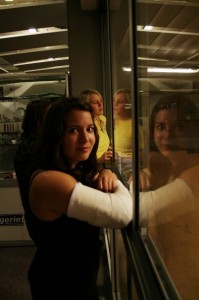 What else do you think could be done to get more girls in to skating?: There’s so many things, I don’t think there’s one correct answer to this question! One of the most important things is the attitude for skateboarding I think. It’s still unusual for girls to be seen on a skateboard, skateboarding is still known as something that boys do.
So it’s very important that  girls are seen in both skateboard media and the regular media, to show that girls can and do skate.

It is also good to have role models, like Swedish born Sarah Meurle and Emma Lindgren for example.
It would also help to make space for girls to learn how to skate, is a shame that there’s too many who never get to try and experience the joy of skateboarding, because of intimidation.

Last but not least, who is it that inspires you?: John Magnusson and my other colleagues at Bryggeriet. I don’t think I would be doing what I do without them. Thanks!

For more info check out these sites:
No Limit Blog
Bryggriet Skate Park
Andrea’s own Blog

ALSO: Check out some old and new footage of Andrea at the Bryggriet Park below!