Element Skateboards advocate Amy Purdy is a skateboarder, snowboarder, actress and founder of Adaptive Action Sports but what makes her story so incredible is that she has been through hardships that most of us will never face — or can even fathom. She lived a “normal” childhood before tragically losing her legs at age 19. She was born and raised in Las Vegas, Nevada and this is her story… 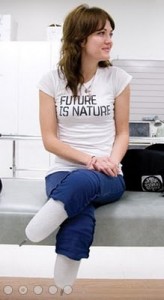 Can you sum up what happened to you when you were nineteen?
I was always really passionate about art, music, and boardsports growing up—skate, snow and wake. My plan was to travel the world and be free to pursue my passions, when at the age of 19, my entire life changed forever. I felt like I was coming down with the flu but within fifteen hours realized it was much worse than that. It ended up being a lethal bacteria in my blood that causes bacterial meningitis. We really have no idea how I got it, but one-in-four people are carriers. We’re all in contact with the bacteria almost daily, and normally our immune systems fight it off, but up to 3,000 Americans contract each a year. Somehow I ended up being one of those 3000.

I spent that whole summer on life support in the hospital with less then a two percent chance of living. I was put in an induced coma for three weeks and ended up losing my spleen, all kidney function, part of my hearing, and a lot of blood. I had numerous blood transfusions, and because of the severe septic shock gripping my body, I had to have both of my legs amputated below the knee. I had a kidney transplant a year and a half later — just a week after my 21st birthday — and my dad was the donor. So…when most people are taking shots of liquor to celebrate their twenty-first, I was taking shots of morphine and immunosuppressant drugs. But I can’t complain, it was the best birthday gift you could ask for. 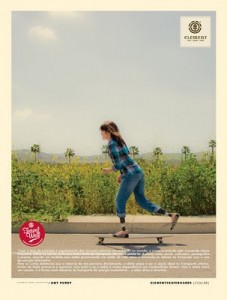 You’ve said you made some really conscious decisions while you were in the hospital. What were they?
The night before I lost my legs, I made three promises to myself. The number one thing was that I never wanted to feel sorry for myself. Everyone around me was so sad for me and felt so sorry for me — it was awful to be that vulnerable and powerless. I had to consciously decide to not venture to that dark place, or I’m sure I would’ve fallen into an incredible depression and would never be where I am at today. So I promised myself that I’d never feel sorry for myself, and to this day I’ve stayed true to my word. The second thing I told myself was that I was going to snowboard again — even if I had to go to NASA and have them build me a pair of super sonic bionic legs! The third promise I made was that someday I’d help other people. I’ve always been kinda philanthropic — when I was young I sent all the money I scraped together to a “save the planet” organization. I adopted an orphaned bear through the mail and wanted to save the rainforest and all the whales, so wanting to help others came somewhat naturally. I had this vision one night of myself speaking in front of a crowd about my experience and somehow helping people believe in themselves. I swore that through my experiences, I would somehow give back.

Since then, what are some of the accomplishments you’re most proud of?
I’m proud to have accomplished all the things I mentioned above! I got back up on a board just four months after getting my first pair of prosthetic legs. It was a huge challenge — nothing like I’d imagined, but I stuck to my word and after a lot of trial and error started winning medals in snowboard competitions again. A year later, I played a bionic-legged runway model in a Madonna music video, and then went on to be the lead actress in an award-winning film. These accomplishments taught me that you really can do anything you put your mind to. I’m also proud that I’ve had the opportunity to give back and help other people. In 2005, I co-founded Adaptive Action Sports — a non-profit organization that helps get youth and young adults with physical “dis”abilities involved in action sports. I’ve also done public service announcements and over 50 television interviews on behalf of the National Meningitis Association promoting the Meningitis vaccination that can save thousands of lives. 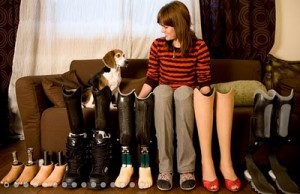 You are an incredible inspiration not only for other people with physical challenges, but anyone facing any type of challenge in their lives.
I’ve realized over the years that anything is possible, no matter the obstacle. If your mind is in the right place, then nothing can stop you. I really believe that everybody has disabilities — we all have our limitations — but I think most of the challenges are in our own minds. It’s important to not let your mind be your disability.

Tell us a little about Adaptive Action Sports. How did that come to be?
The idea to start an organization formed when I met Daniel Gale, who shares my passions and ended up founding ASA with me. As we got to know each other, he witnessed first-hand how much trial and error I went through trying to do the things I loved like snowboarding. We realized that while there was endless support and resources for someone with a disability who wanted to do classic sports like skiing and running, there were zero resources available for those of us who wanted to participate in “action” sports like skateboarding and snowboarding. With the belief that the proper support can allow anyone to pursue their passion, we founded Adaptive Action Sports in 2005 to give youth and young adults living with permanent disabilities the opportunity to get involved with “action sports” — including snowboarding and skateboarding. More specifically, we host camps, clinics, and events and give out small grants for equipment and the like. We’re really excited to be working with Elemental Awareness this summer and running an adaptive youth session at the ELEMENT/YMCA Skatecamp.

What does being an Element Eden Advocate mean to you?
I’m so inspired by this company and grateful to have this opportunity. I love that Element Eden shares my passion for nature, for giving back to others, and for using creativity to leave a positive footprint in the world. I’m proud to be part of a program promoting the idea that our beauty isn’t determined by how perfect our hair is or how flawless our body is — that real beauty is determined by our passions, by embracing the things that make us unique, and by creating a positive influence in the world.

What’s next?
I want to continue to give back, to pursue my passion for doing makeup, to grow as an artist, and continue to challenge myself with creative projects. Most importantly, I want to be the best possible version of myself and help youth and people in general realize that no matter what their circumstances, they have the ability to follow their dreams.